This week's highlighted shirts are all devoted to the Ivory-billed Woodpecker. When this post first appeared on this blog, back in 2009, the Arkansas Nature Conservancy announced they would no longer search for the bird - something they have done since interest in the woodpecker was sparked by a probable / possible / supposed / unverified sighting in 2004.

Interest in the fate of the IBWO remains, however. So here we are again, highlighting a few of our Ivory-billed Woodpecker t-shirts.

First up is this t-shirt with John James Audubon's Ivory-billed Woodpecker painting from his epic Birds of North America. 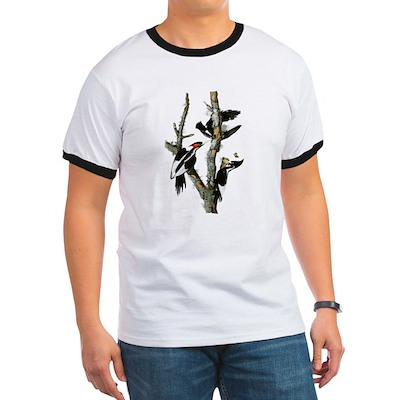 First up is this t-shirt with John James Audubon's Ivory-billed Woodpecker painting from his epic Birds of North America. The design is shown here on a white ringer shirt with black collar and cuffs.

A kind of spoof of the old Got Milk? campaign, this design asks: got pecker? The square design features a simple cartoon style illustration of an Ivory-billed Woodpecker along with the slogan. The design is shown here on a Women's White T-Shirt. 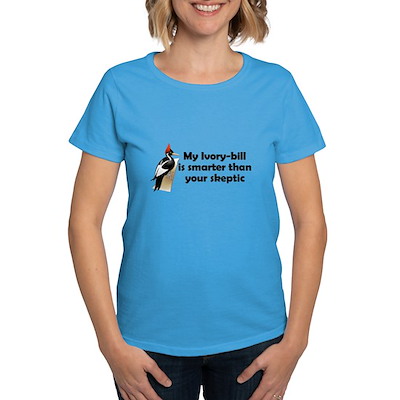 Finally, this snarky design is perfect for any hard-core believers: The slogan "My Ivory-bill is smarter than your skeptic" was originally inspired by a fan idea. 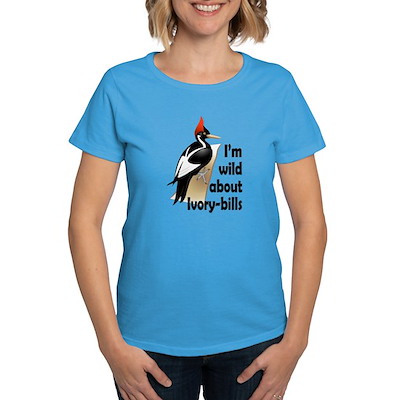 This week's highlighted t-shirt is an oldie but a goodie. The reemergence of the Ivory-billed Woodpecker has been a controversial subject for several years. Our series of Ivory-bill designs were some of the first designs in our shop when we first opened. This one, iLive, is an...