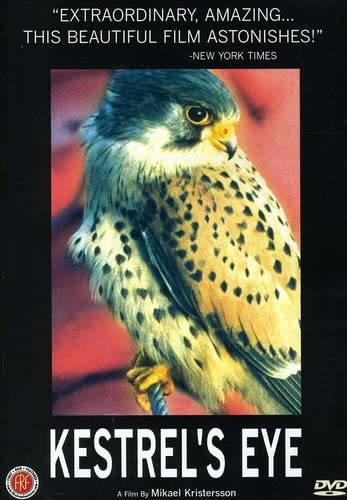 Back in October I had a look through Netflix's catalog of streaming titles, looking for bird-themed movies available on Instant Watch. After Rare Birds, I watched Mikael Kristersson's Kestrel's Eye, a documentary that follows a pair of Common Kestrels without any narration or commentary. Note: the links in this post go to Amazon as the title is no longer available on Netflix.

Common Kestrels are small raptors, measuring just 13 to 15 inches from head to tail. When we lived in the Netherlands we'd see them all the time, hovering over fields in search of prey. We often saw them from the car. Whoever saw the bird first would shout out "kestrel!" and then we'd watch it hover until "woo!" - a dramatic downward plunge towards prey. We were lucky to observe them a bit more closely a few times, which was always a treat. I remember watching a particular kestrel perched on a sign post on a day trip to Zeeland.

It was with this very limited experience in truly observing Common Kestrels that I really looked forward to watching Kestrel's Eye.

To set the scene, the documentary begins with long shots of the habitat where a pair of kestrels resides. Their home is a church tower window. The church is in a small Scandinavian village, adjacent to an agricultural field. Without any commentary at all, the filmmaker shows us the daily routine of a mated pair of birds as they raise a family together. He hunts, she prepares the scrape (nest site). She lays eggs, they both incubate and brood. The chicks hatch, eat a lot, and eventually fledge. The fledging of the chicks, not surprisingly, is an exciting climax towards the end of the documentary. But there are plenty of other exciting moments throughout the movie. There aren't really fall-off-your-chair thrilling moments, but I don't think there have to be in such an intimate nature film.

The human goings-on in and around the church are also highlighted as time passes. A wedding and a funeral fill the church on two separate occasions. I did find there was an inordinate amount of time spent showing the church groundskeepers tending to gardens and raking grave-site gravel. All of these events are shown from the elevated perspective of the birds (seen through the Kestrel's Eye, get it?), juxtaposing the human priorities with those of the birds.

Overall I found Kestrel's Eye highly entertaining, but I think this film will mostly appeal to other bird lovers like me. Without a traditional dramatic structure (rising action, climax, falling action, resolution, etc), I think viewers without a great interest in or curiosity of bird life will be bored if forced to watch Kestrel's Eye. Bird lovers, though - check it out! I give Kestrel's Eye 4.5 Goldfinches out of 5.

Kestrel's Eye is available for purchase via Amazon. It is also available via Netflix rental.

2 Quick Notes to Birders Re: The Big Year

I saw The Big Year last night at a midnight screening in Orlando. I'll try to get my review up soon but my in-laws are visiting from Europe this week so it might be... 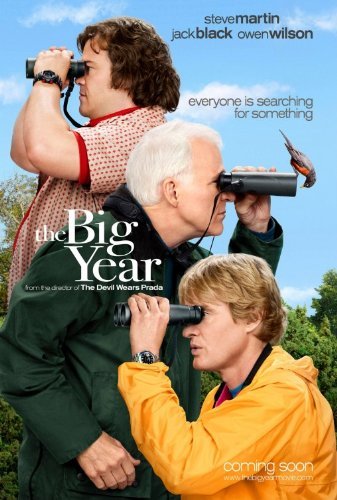 We love our Netflix subscription. Arthur has been catching up on television series with discs in the mail. We also use Netflix to watch recent DVD releases and the number of DVDs we purchase nowadays is virtually nil. Yay for less stuff! (Actually it means we have more...